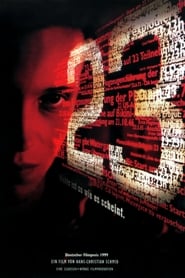 Karl Koch (August Diel), a student from Hannover and coming from a "good house", breaks out of this "philistine life". He protests against nuclear power stations and rebels against his parents' house or his father. When this suddenly dies and Karl inherits money, the man moves out of his home and enjoys life. He is celebrating one party after the other and deals with his fortune, to put it mildly,"big gig". Besides parties, Karl has a second hobby: computers. Especially the intrusion into foreign large computers gives him a real treat. By appearing at the CeBit computer trade fair, others will also become aware of Karl's computer skills: Drug dealer Pepe (Dieter Landuris) and former computer specialist Lupo (Jan-Gregor Kremp) suggest to Karl and his friend David (Fabian Busch) to move to Western Europe. Since parties cost money and Karl has to pay for his drug use, the two hackers agree. Night after night, they collect data from the computer network Pepe in East Berlin sells to the KGB for a lot of money. Although most of the information is freely accessible, the Russian secret service seems to be satisfied. The constant "going through" in front of the computer demands its price: To compensate for the lack of sleep deprivation, Karl consumes more and more cocaine. The ever-increasing use of drugs is pushing the boundaries between reality and fiction for Karl to disappear more and more, and he is beginning to suffer from the ever-increasing "delusion of persecution". To some extent, Karl is actually persecuted by the BKA, but his (unreasoned) fear is mainly fed from the book "Iluminatus". This novel, of which Karl is literally obsessed, deals with a world conspiracy in which the number 23 and its sum of 5 play a decisive role. The illuminants' conspiracy is "proven" by the fact that these numbers seem to play an important role in real life. (Dates of death of important people,"Ernte 23","Chanel No 5"...) Karl increases more and more into this delusion and actually believes in a world domination of the illuminates....

This German film has no action, is not a comedy and has no stars even on a German scale. If you add now that this film is basically a biography of a person who really existed, you can forget about the film anyway. Far from it. 23' is not a masterpiece, but it is a very good cinema programme. With little technical effort, the history of Karl Koch is' only' reproduced, but in a successful way. It is simply an exciting and eventful (short) life, which this Hanoverian student lived. It is successfully described how Karl Koch rebelled against his father, only celebrates parties, sits in front of the computer and how cocaine and the book "Illuminatus" let him live in a illusory world and finally ruin his life. The meaning of the number 23, which characterizes Karl Koch's life, is skillfully emphasized here and there, and at first glance one is amazed by the frequent occurrence of this number. (Karl Koch then also dies (accidentally (?) 23.5.). Whether reality or invented by the filmmakers, the film is somewhat humorous in places, such as the absolutely naive contact with the Russian secret service ("I want to go to the KGB"). Even though the central theme of the film is the work for the KGB, i. e."hacking", a hacker film is not a hardcore hacker film. Hopes of this kind are quickly dashed, as this matter is only treated superficially. The two main actors of the film, August Diel and Fabian Busch, who are still quite unknown to date, can convince in their roles, but it remains to be seen whether it was not (as so often) a matter of "mayflies". In conclusion, it can only be said that 23 is a pretty good strip, which lives only from the exciting story of the biography of the hacker Karl Koch. In my opinion, this is exactly the right way of German film to get away from the "relationship comedy image". Don't get caught up in things that Hollywood can do much better (action...) but produce a movie with a decent story. To become a good movie you don't even need stars - see 23.
In short: A really good German film that is surprisingly not a comedy. Without great stars and technical effort, an exciting action was well staged.

A movie review by Jörn